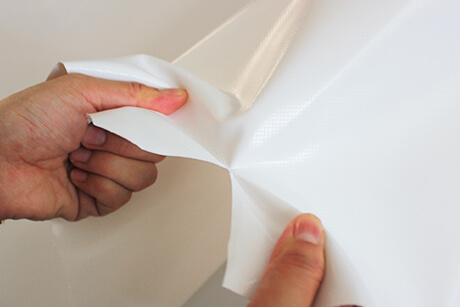 In the process of making PVC Tarpaulin, in order to enhance its performance, some additives are added. Light stabilizers are one of them. According to relevant persons, there are mainly five types of stabilizers that are often added, namely:

3. Ultraviolet absorber: It can effectively absorb ultraviolet light with a wavelength of 290~410nm, but rarely absorbs visible light. It has good thermal stability and light stability. According to its chemical structure, it can be divided into: o-hydroxybenzophenones, benzotriazoles, salicylates, triazines, and substituted acrylonitriles. Used together as auxiliary light stabilizer and hindered light stabilizer, especially in polyolefin or coating.

5. Quencher: It can accept the energy absorbed by the chromophore in the plastic, and radiate the energy in the form of heat, fluorescence or phosphorescence, thereby protecting the polymer from UV damage. It has a good stabilizing effect on polymers and is mostly used in films and fibers.