How to Fold Lumber Tarps 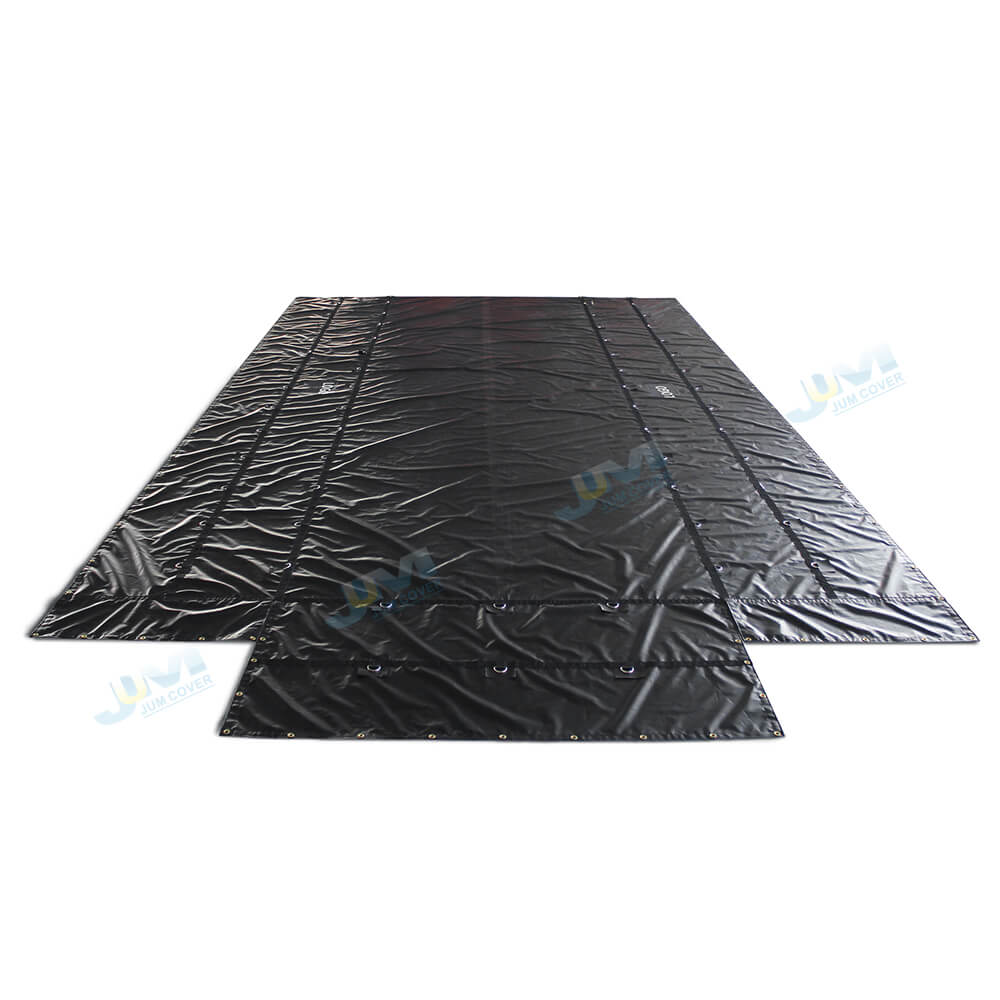 This way of folding can be done by one person alone. Just make sure to do each step properly.

First thing you must do is to lay your lumber tarp flatly on a wide area. Have the flaps and D-rings facing up.

Start with the flap. Fold the flap on to the main tarp. Be sure not to leave folds and creases as you do it. Then fold it in two. Most of the time there is a crease that goes through half of the lumber tarp. You can just follow it. Next, take one edge halfway and the other edge halfway. Those edges should meet in the middle. Straighten the surface out. The smoother you get it, the easier it is to roll and fold. It helps if you shaken it to get rid of unnecessary folds and creases. Take the folded edges and take it halfway again. Do the same to the other edge. Smoothen. Finally, fold them together. If you are doing it by yourself, it helps if you do it little by little. The most important thing is being able to fold it neatly. After being folded together, step on the edges to flatten it out. That makes it easier to roll. It also knocks out D-rings that might be standing up.

You now have a long narrow folded tarp. Fold one end over the other end. You don’t need to put the edges together. Just put one edge close the other. Step on the edges again to flatten. 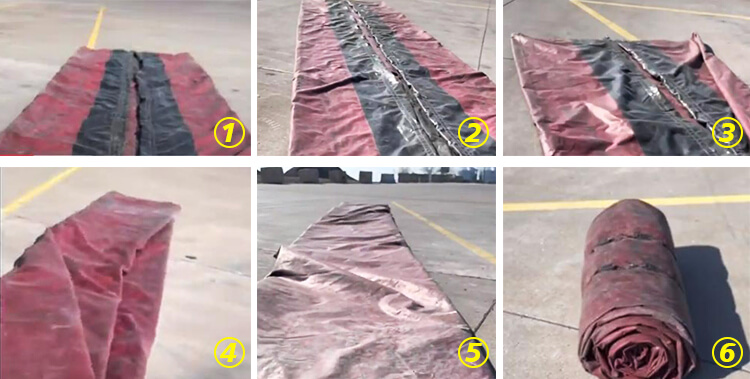