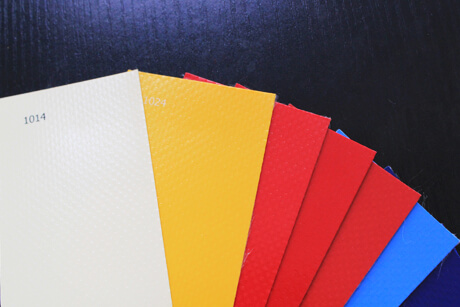 Static electricity is a common problem in the use of pvc tarpaulin, so how can it be eliminated? For this, let's take a look at what jumtarps says.

1) Increase the relative humidity of the pvc tarpaulin processing and product use environment to prevent the accumulation of static electricity. It is only suitable for hydrophilic materials and has little effect on hydrophobic materials.

2) Through graft copolymerization, the main body of pvc tarpaulin-polymer is brought with more polar groups or ionized groups, which reduces resistance, increases conductivity, and reduces static electricity generation and charge accumulation. It is more troublesome and will change the structure of the polymer, which will inevitably damage other properties and is rarely used.

3) Reduce or reduce friction to reduce static electricity generation. The accumulation of electric charge reduces the friction speed and reduces the friction coefficient. Although this goal can be achieved, it will inevitably lead to a decline in production, which is unrealistic. In addition, adding a medium (oil) with a large dielectric constant to the contact surface gap of the friction object is also It can reduce the accumulation of charge, but this method can only be used in certain occasions and has no universal significance.

4) The method of using antistatic agents is simple and easy to implement, with good effect, and is often used.

5) Adding conductive fillers such as metal powder to pvc tarpaulin can also prevent the accumulation of static electricity, which brings difficulties to the molding process, and may also affect other properties of the product. Therefore, it is rarely used in practice.

6) In the pvc tarpaulin molding process, the conductive device is used to eliminate static electricity as much as possible. This method is difficult to achieve in practice.