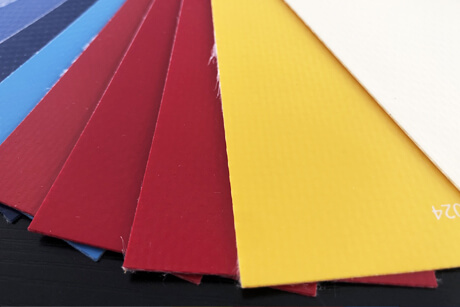 2. Weather resistance: refers to the ability of the pigment to withstand various climates. These include visible light and ultraviolet light, moisture, temperature, atmospheric chlorination, and chemicals encountered during product use. More important weather resistance, including fastness, chalking resistance and durability of physical properties. However, organic pigments are different due to their different structures.

3. Migration: only occurs in plasticized PVC products, and when using dyes or organic pigments. The so-called migration is that the partially soluble dyes or organic pigments in the surrounding solvent penetrate into the surface of the PVC product through the plasticizer, and the dissolved dye (pigment) particles are also brought to the surface of the product, which leads to dissolution. Bleeding, solvent bleeding or blooming.

4. Coloring: PVC has poor thermal stability and light resistance. Hydrogen chloride starts to decompose at 150°C, and adverse reactions occur with the content of plasticizer. In addition, the effect of pigments on PVC is reflected in whether the pigment reacts with PVC and other components that make up PVC products, as well as the migration resistance and heat resistance of the pigment itself. Certain components in the colorant may promote degradation of the resin. For example, iron ions and zinc ions are catalysts for the degradation reaction of PVC resin.

5. Electrical properties: Polyvinyl chloride is a polar polymer, and has a greater affinity for water and other conductive materials, so its resistance is lower than that of non-polar polyolefins, but it still has a higher volume cathode and breakdown voltage. The polar groups of polyvinyl chloride are directly attached to the main chain. Below the glass transition temperature, the dipolar segment is restricted by the main chain atoms of the frozen structure and cannot move, so it does not produce dipolarization and can be used at room temperature Of high-frequency insulation materials.