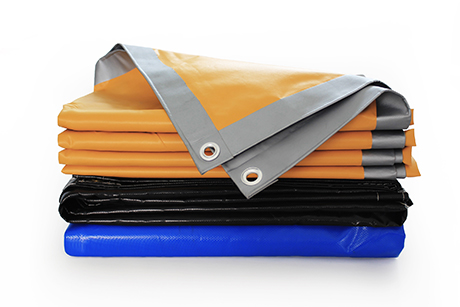 2. Divide the folded side into three equal parts and fold it twice toward the middle line.

4. There are reserved ropes for binding, cross on both sides, tighten and fasten the rope heads. The rope buckle should not be loosened or dragged. However, it should be noted that after folding, the small road signs and tarps numbers on the pvc tarps should be completely exposed.